A few weeks ago I became an aunt again for the 20th time. (No, that's not a typo!) :o) Since I like to give homemade gifts as much as possible, I took a few hours to whip up a little something for my new nephew....

I had seen this pattern for a crocheted sock monkey hat on Ravelry a while back and had been wanting to make one. It was a fairly easy pattern and a fun little project. Here's how mine turned out.... 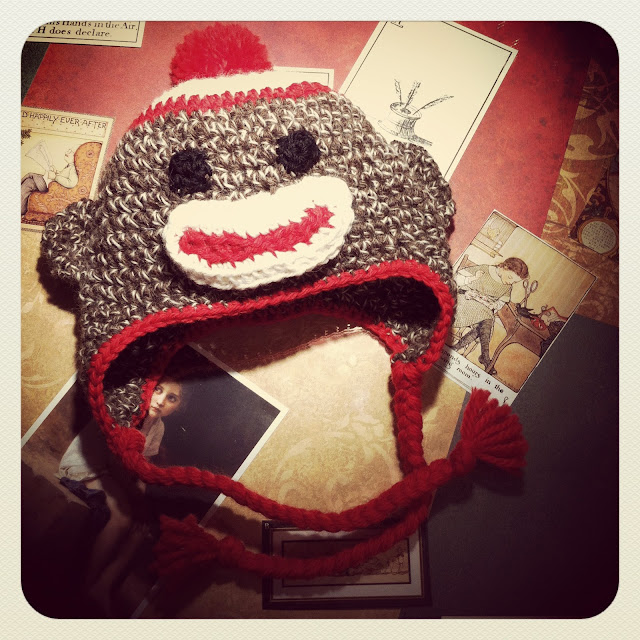 The pattern on Ravelry actually suggested buttons for the eyes, but since it's for a baby and I didn't want to risk the choking hazard, I decided to do the crochet eyes instead. 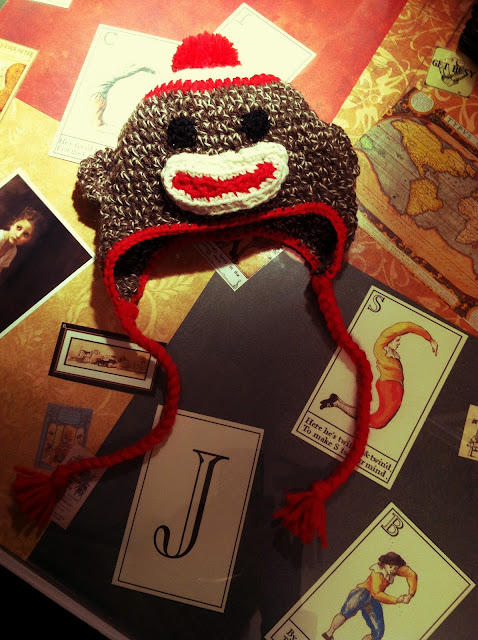 It was a fun project, and I love the pattern.... sock monkeys are classic. If you're interested in the pattern, you can find it available as a PDF download on Ravelry for $3.99. And be sure to look me up if you're on Ravelry - my user name is "artknitwit." :o)
I hope you're having a lovely week!
Posted by Beth Stone at 2:52 PM 4 comments: