(That's the sound of my new blog header.... what do you think? Actually, it's the sound my father-in-law and nephews make when they flip each other in the back of the head, but I like it anyway. :o))
I've been working on a mural project all week, but unfortunately, I've forgotten to take pictures the last two nights after working (hey, it was nearly midnight and my eyes were beginning to cross- that's my excuse). So, alas, you will have to make do with this one measly picture that I took after the first day of painting. 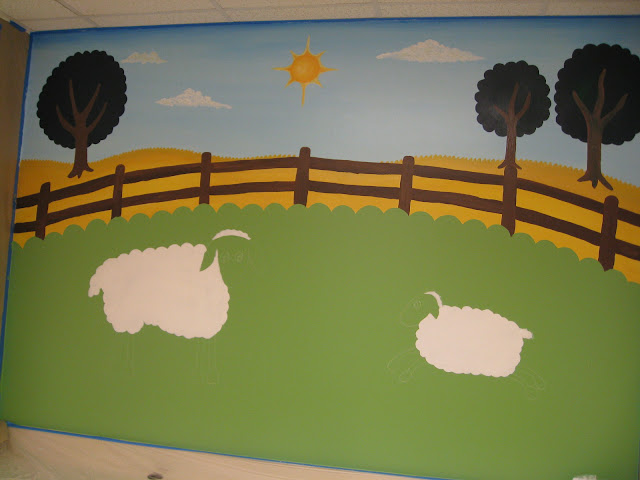 Work in Progress
Can you guess what it's going to be? I suppose you probably can - it's not rocket surgery. ;o) It still has a ways to go according to this picture, but in reality it's already finished - pictures coming soon.
The above mural is part of a series I'm doing in the same office building in which I did the mural below a couple of years ago. 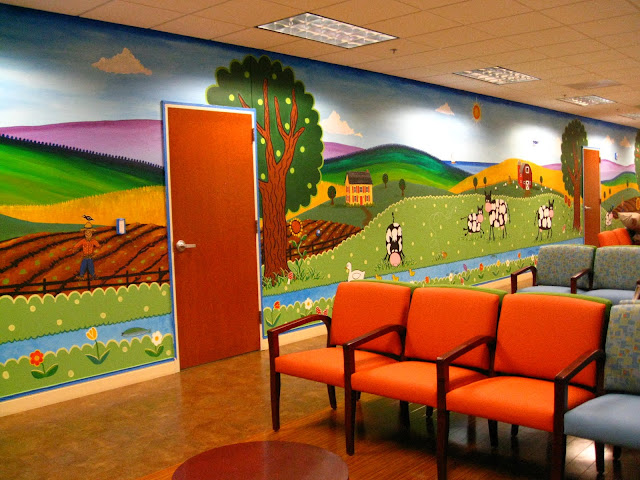 It's a fun project, and it's nice to be painting again... So stay tuned, I'll have more pictures coming soon!